The creators of the Arduino IDE made decisions to “simplify” their software. Essentially, they designed the Arduino IDE to have minimal barriers to entry on the first use. Unfortunately, this omits features that would be critical to almost anyone on their third use of the tool. In this episode, I ramble about why I love the PlatformIO IDE for VSCode when programming on the Arduino framework.

Last week I raved at just how much I love the STM32 Blue Pill. It’s my favorite microcontroller! Well, we have a new contender. Will the Raspberry PI Pico knock the STM32 Blue Pill from its pedestal? Find out in another action-packed Electron Injection Podcast episode. (rolled eyes) 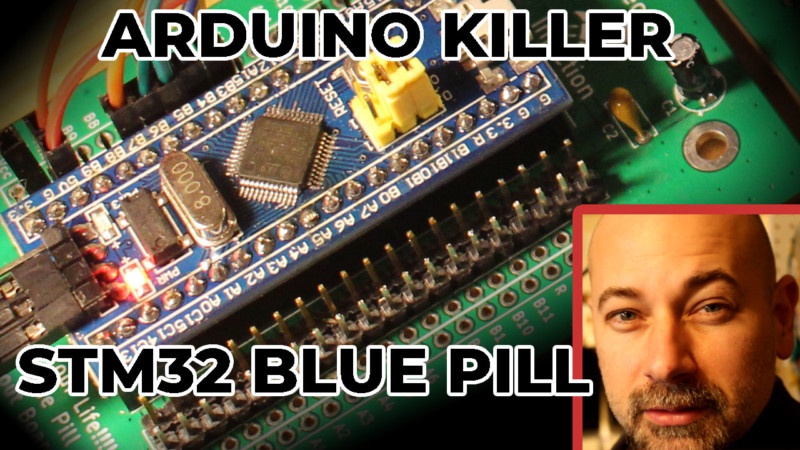 The STM32 Blue Pill is nothing new, but it may be new to you. In my view, fans of the Arduino Uno are missing out. There are numerous downsides to the Arduino Uno: no debugger, slow performance, and many others I discuss here. The STM32 Blue Pill ain’t perfect, though. It’s got a too-good-to-be-true price, which is actually a problem. I’ll talk about all of that, the fun of getting burned with a soldering iron, the need to shut off the voices in your head when getting your butt kicked by any formidable task.

Amongst hobbyists, engineers, and programmers there seems to be a great divide as to the validity of the Arduino Programming language (as seen in the Arduino IDE). To be fair, professional embedded C programmers drop down to the depths of register hell to squeeze every ounce of battery life or performance out of their microcontrollers. People digging the holes always lower the eyebrows at the people in the office. The factors that MIGHT matter for a given project are the speed of development, the efficiency of the code (in CPU cycles), and the compiled size of the code. I argue that for low-volume production (including hobbyist electronics projects) only one of these factors matter and it’s not code efficiency or file size.